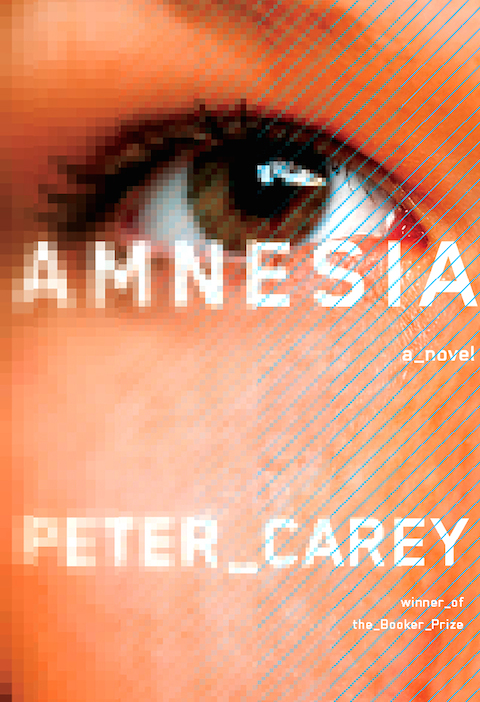 Peter Carey’s fiction is turbo-charged, hyperenergetic. His language has little time for quiet passages; his minor characters, even at their most incidental, are endowed with details of appearance and speech that belie their status; his narrative lines, when they run into difficulties of any kind, blast through them by introducing new inventions and new possibilities. This is what makes him Dickensian.

Amnesia, his 16th book, follows many of its predecessors in yoking these energies to a historical moment, then associating it with something urgent in contemporary times. It is a novel about hacking, and because it shows the revenge of a disaffected Australian on colonial powers, is therefore bound to bring Julian Assange to mind; specifically, it is concerned with the notorious moment in mid-70s Australian history, when the Whitlam government was brought down by American and British interference, in a way that is now largely forgotten (hence the title).

The link between past and present is Gabrielle (Gaby) Baillieux, born in Melbourne hospital on 11 November 1975 at the precise moment the governor general is announcing on the radio the overthrow of Australia’s legally elected government. Raised by her actor mother, Celine, and Labor party politician dad, Gaby is by turns a protected and a neglected child, before she turns to direct action of a digital variety with a pioneer internet marvel called Frederic Matovic. Eventually, they are imprisoned for their pains – and then, in a moment of almost biblical wonder, released when an internet worm busts open the automatic locks on the doors in Australian jails, and prisons around the world.

Not that Gaby’s story emerges as straightforwardly as this. In the first part of the book, our narrator – and therefore the mediator of everything we see – is Felix Moore, an elderly but still wildly energetic liberal journalist. “A shit-stirrer, a truffle hound for cheats and liars and crooks among the ruling classes.” When we first meet him he is at low ebb – the loser in a high-court defamation case, commanded to destroy copies of his offending book. When he does so, he accidentally burns down his house, thereby damaging his prospects still further, and alienating himself from his long-suffering wife, Claire.

Enter Woody “Wodonga” Townes, a conveniently wealthy supporter who has just bailed Gaby and now arranges for Felix to get the exclusive on her story. In this way, he expects to clear Gaby’s name, and to fill Felix’s pockets. Why should he bother? Because Woody is also an old friend of Gaby’s mother.

Still with me? Carey’s book is whirling and intricate, yet such is the excitement of the writing, we take the ride very gladly. And as Felix undertakes his research, we not only learn about Gaby’s grandmother and mother, about significant forgotten episodes in Australian history (more amnesia correction), about institutional corruption and the infancy of computers, but also sympathise with his own plight – as he is amused, bemused, kidnapped and finally confined to a remote house where Woody demands that he finish his task of writing.

In the second half of the book, Felix is replaced as narrator by a melange of voices that appear on the interview tapes he has been given to form the basis of his book. Sometimes it is Gaby’s voice that we hear, sometimes Celine’s; sometimes we are taken aside to sympathise with Felix in his isolation and discomfort. Gradually, as the pieces fit together, we begin to appreciate that this work is the making of Felix, because it allows him to learn from the generation younger than his own, and from Gaby in particular. “He had been a journalist with one story, one cause, one effect. He had been born in the previous geologic age while Gaby was born in the Anthropocene age and easily saw that the enemy was not one nation state but a cloud of companies, corporations, contractors, statutory bodies whose survival meant the degradation of water, air, soil, life itself.”

At the same time, we come to see Gaby as someone who is at once violently disruptive, and brimming with a thoroughly decent hatred of corruption. As the book approaches its climax, her particular rage is turned on the company Metwat, and their connection with Agrikem, who are poisoning the public water supply. Exposing their practice becomes her “crime”, and it is for this reason that she and Frederic get thrown into jail.

Like many of Carey’s books, Amnesia generates an aura of the fantastical but is completely grounded; it is high-spirited but serious, hectic but never hasty. Sometimes the vital elements of the story don’t all move at the necessary speed (perhaps we are allowed to forget Felix’s wife too much, before he is eventually reconciled with her; perhaps not enough is made of his age and how it might affect his activity). But this doesn’t stop Amnesia being a deeply engaging book. It responds to some of the biggest issues of our time, and reminds us that no other contemporary novelist is better able to mix farce with ferocity, or to better effect.

• Andrew Motion’s The New World is published by Jonathan Cape. To order Amnesia for £15.19 (RRP £18.99) go to bookshop.theguardian.com